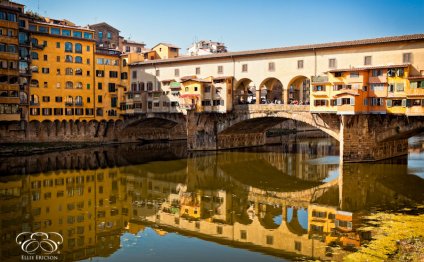 Renaissance Art and Architecture, painting, sculpture, architecture, and allied arts produced in Europe in the historical period called the Renaissance. Broadly considered, the period covers the 200 years between 1400 and 1600, although specialists disagree on exact dates. The word renaissance literally means "rebirth" and is the French translation of the Italian rinascita. The two principal components of Renaissance style are the following: a revival of the classical forms originally developed by the ancient Greeks and Romans, and an intensified concern with secular lifeinterest in humanism and assertion of the importance of the individual. The Renaissance period in art history corresponds to the beginning of the great Western age of discovery and exploration, when a general desire developed to examine all aspects of nature and the world.

During the Renaissance, artists were no longer regarded as mere artisans, as they had been in the medieval past, but for the first time emerged as independent personalities, comparable to poets and writers. They sought new solutions to formal and visual problems, and many of them were also devoted to scientific experimentation. In this context, mathematical or linear perspective was developed, a system in which all objects in a painting or in low-relief sculpture are related both proportionally and rationally. As a result, the painted surface was regarded as a window on the natural world, and it became the task of painters to portray this world in their art. Consequently, painters began to devote themselves more rigorously to the rendition of landscapethe careful depiction of trees, flowers, plants, distant mountains, and cloud-filled skies. Artists studied the effect of light out-of-doors and how the eye perceives all the diverse elements in nature. They developed aerial perspective, in which objects become increasingly less distinct and less sharply colored as they recede from the eye of the viewer. Northern painters, especially those from Flanders and the Netherlands, were as advanced as the Italians in landscape painting and contributed to the innovations of their southern contemporaries by introducing oil paint as a new medium.

Although the portrait also developed as a specific genre in the mid-15th century (see Portraiture), Renaissance painters achieved the greatest latitude with the history, or narrative, picture, in which figures located within a landscape or an architectural environment act out a specific story, taken either from classical mythology or Judeo-Christian tradition. Within such a context, the painter was able to show men, women, and children in a full range of postures and poses, as well as the subjects' diverse emotional reactions and states.

The Renaissance of the arts coincided with the development of humanism, in which scholars studied and translated philosophical texts. The use of classical Latin was revived and often favored at this time. The Renaissance was also a period of avid exploration; sea captains began to be more daring in seeking new routes to Asia, which resulted in the discovery and eventual colonization of North and South America. Painters, sculptors, and architects exhibited a similar sense of adventure and the desire for greater knowledge and new solutions; Leonardo da Vinci, like Christopher Columbus, discovered whole new worlds.

II. The Renaissance in Italy

That the Renaissance first developed in Italy is readily explained. The example of the ancient Greeks and Romans was constantly available to the Italianstheir language, which was only codified about 1300, had evolved from the Latin of the Romans, and Italy also had on its soil a wealth of classical ruins and artifacts. Roman architectural forms were found in almost every town and city. Roman sculpture, particularly in the form of marble sarcophagi (burial caskets; see Sarcophagus) covered with reliefs, had been familiar for centuries.

Sculptors led the way in introducing the new Renaissance forms early in the 15th century. Three Florentines, who were originally trained as goldsmiths, made crucial innovations.

The eldest was Filippo Brunelleschi, who developed linear perspective. He eventually became an architect, the first truly Renaissance builder, and in that capacity designed the enormous octagonal dome of Florence Cathedral, also called the Duomo, completed in 1436. The dome was considered one of the most impressive engineering and artistic feats since Roman times. Brunelleschi was responsible for the revival of the classical columnar system, which he studied in Rome. He introduced into all his public and private structures a new formal spatial integrity that was unique to the Renaissance.

Lorenzo Ghiberti is best known for the reliefs he made for two sets of gilded bronze doors, produced for the Florence Baptistery. His second pair of doors, illustrating Old Testament themes, was highly praised by Michelangelo, who termed them worthy of the Gates of Paradise, which they have been called since then.

Donato di Niccolò di Betto Bardi, known as Donatello, was one of the most influential artists of the Renaissance, not only because of the power of his figures but also because he traveled widely. A Florentine, Donatello also worked in Venice, Padua (Padova), Naples, and Rome and was thereby instrumental in carrying the new Florentine innovations to much of Italy. His principal works include the bronze David (1430?-1435, Bargello, Florence), an image of the biblical hero with the head of Goliath at his feet. The nearly life-size nude figure, conceived in the round, was the first such statue made since ancient times. Another major work is the marble Cantoria, or Singing Gallery (1443?-1448, Museo dell' Opera del Duomo, Florence), made for Florence Cathedral, with scores of frolicking nude children (putti), which became favorite subjects in Renaissance art. Donatello, who also worked in terra-cotta and wood, made use of Brunelleschi's perspective devices in his reliefs. His dignified and expressive freestanding statues, often representing saints, became a measure of excellence for the next hundred years.