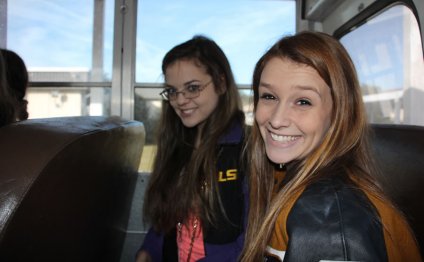 Pictures from the Renaissance

When the opening of the new “Art Mall” shopping center was planned in Kiev, we were invited to participate as a studio of innovative technologies. The concept of the mall involves an art installation as the central content for the shopping space.

We developed a couple of interactive installations, but there still was a desire to create something really outstanding and large-scale. Then we offereded to transform a 1400 m2 gallery in a shopping center into a multimedia art space. We illuminated one wall of the gallery with 8 projectors to prove the concept, producing a small demo.

The idea was gladly accepted, and we started to develop the project documentation. We aimed to map the walls and columns of the gallery with the maximum resolution and brightness possible, keeping cost-effectiveness in mind. We’d had experience of creating large-scale multimedia installations before, using a multi-projection setup. However, this particular project raised the bar. The projection was supposed to cover an area of 200 m in width and 3.4 m in height, resulting in an extreme resolution of 47, 344 x 800 px, with a 60:1 video aspect ratio. In addition, the pixel density had to be much higher than in outdoor mappings.

Preliminary calculations showed that we might need 50-55 projectors. Normally, so many projectors required the use of at least 5 powerful media servers. However, prior to this project, we already had the experience of connecting up to 32 projectors to a single media server. We used our proprietary Screenberry technology to create an immersive visual experiences for events and shows. Our innovative fulldome projects are powered by Screenberry technology as well.

Our engineers started looking for a way to connect all of the projectors to a single computer. In the beginning we designed a server architecture, which would support up to 64 projectors. We assembled a powerful server with a 6-core Intel processor, 32 GB RAM, SSD RAID array (3GB per second, yes we mean 3 gigabytes) and 2 latest NVIDIA Quadro GPUs (K6000) based on the Kepler technology.

GPUs were synchronized with the help of the NVIDIA Quadro Sync. We used 14 Datapath display wall controllers to distribute the video signal from 2 powerful graphics cards (with 8 outputs) to all 52 projectors.

The next challenge was to make TouchDesigner play back files with such an extreme resolution. Just imagine, the video that we wanted to play had a 6, 848 x 6, 848 px (46.9 MP) resolution, and the output image would be 15, 360 x 4, 800 px (73.7 MP). We were unsure if TouchDesigner, although a versatile piece of software, could handle it. As we knew, no one had done it before. We installed the latest version, which supports 64-bit systems, and started experimenting with it. The support team was prompt and effecient in helping us with issues that arose in the process.

The next step was to configure GPUs. To achieve maximum performance and smooth video playback, we had to go through numerous combinations of settings and parameters. The output module in TouchDesigner was also reworked several times to achieve target performance. We heavily used Python, which was added in the latest version of TouchDesigner, to program the logic of the playback and calibration modules.

geometry slices for projection in the network editor

scripts and configuration tables of the panorama

To achieve perfect projector alignment, the output pipeline included not only video playback, but also geometric distortion, blend effects and color correction, which were applied to the video stream in real time. After 2 months of fine-tuning and a number of experiments, we achieved a fully synchronized and smooth playback.

TouchDesigner UI mapped on the walls

Using the TouchOSC app on the iPad, we designed an intuitive UI to control calibration and playback.