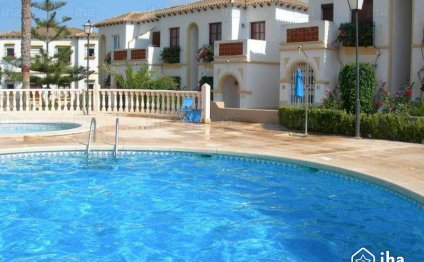 These days, house buyers expect estate agents to try to sell them a mortgage as well as a property, but in Spain now it works in reverse.

Visit a Spanish bank, or regional caja, to discuss your home loan prospects and they may well tempt you with a selection of properties. And if you opt to buy from them – rather than a private individual or builder – they'll be far more generous with the finance terms they offer you.

Such is the situation across Spain following the meltdown of the country's construction industry in 2008. When the credit crunch really bit, scores of developers began defaulting on loans, leaving their financial backers no choice but to swap loans for assets, ie to repossess thousands of new, often incomplete properties.

The extent of the situation is unprecedented. Last month, a former adviser to Spain's housing ministry, Ricardo Verges, calculated that since 2004, 2.3 million homes have been started but not purchased in Spain. At the height of the boom in 2005, 800, 000 new homes were started, about four times the level for the UK.

Most banks now have their own real estate arms, such as Santander's Altamira, but while they're fine selling to Spaniards, most don't have the resources to market effectively to foreign buyers. That's a job for agents, such as Propertyrepossessions spain.com, one of a number that have formed alliances with banks to focus on selling their repossessions.

"The banks in Spain are now the country's largest real estate owners, a situation they don't want to be in, " said Peter Birkett, who runs Propertyrepossessionsspain.com and works closely with bank Cajamurcia. "And [the banks] are trying hard to remedy this by offering substantial incentives to buyers, including discounts of up to 60 per cent, 100 per cent interest-only mortgages with low fixed rates and excellent rental packages.

Paul and Emma Whiteman from Leeds recently bought a bank-owned flat in Murcia for ¤161, 000 through Propertyrepossessions spain.com. The couple are financing their purchase through an interest-only mortgage from the bank, with a rate of 2.5 per cent fixed for three years.

"We chose a two-bedroom penthouse at Mojon Hills, a new development in the resort of Isla Plana, 30 minutes west of Cartagena, " said Mrs Whiteman. "We viewed the property last October, returned in November and then completed on 14 January. We've bought as a long-term investment and for holidays with our six-year-old son, Jack. We may rent it out too and we're thinking about buying a second property in the future." Mojon Hills has communal pools, 180-degree views of the Med and is a 10-minute walk from amenities in Isla Plana.

Murcia is a region that, with the southern end of the Costa Blanca, around Orihuela and Torrevieja, has a particularly high concentration of bank-owned property. One reason to buy there could be the recent announcement that Paramount Pictures has given the green light to build what will be Europe's largest theme park. The boost to the region's economy and long-term investors is obvious, but owners at one particular resort, Condado de Alhama golf resort built by Polaris World, would benefit more than most as it's next door to the likely site of the Paramount Park.

"We have brand new bank-owned apartments at Condado de Alhama from ¤82, 958, " said Rupert Gehmacher from agent Quality Homes Costa Calida Manga (qualityhomescostacalida.com), which works with Banco Popular and sells across most of Polaris World's six resorts. "We only sell new bank-owned property, not properties repossessed from individuals, which could come with all sorts of outstanding debts against them and aren't always left in the best condition. The banks do full legal checks and due diligence on their repossessed properties before marketing them, and they're responsible for communal running costs, meaning they're not keen to hang on to properties."

Malta painting holiday: the story of this holiday company Having studied Communications with a special focus on niche tourism…

Slide show with 15 images A step back in time Romania is home to one of the last peasant civilizations in Europe. This two-centre…