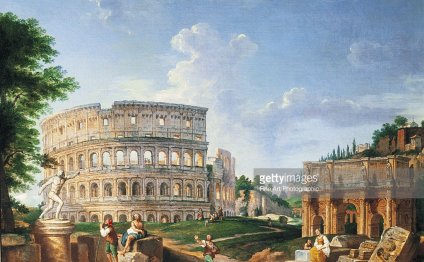 “THEY were like two nights: the real night and the night-black sea that come down on us. Everyone was praying, Muslims, Christians and even people who don’t believe.” The story shared by the hundreds of thousands of people who have survived the crossing from North Africa to Italy, but rarely heard in their own words outside of news reports. This account, however, comes from the opening page of a hand-stitched, silkscreen-printed book. It is the creation of ELSE, an independent press hidden down a back street in Rome's immigrant-heavy neighbourhood of Tor Pignattara. Since 2010, the tiny workshop has been printing the stories and poems of immigrants living in the city.

Unlike other “transit” countries at the edges of the EU, Italy is a place many newcomers now choose to stay. Traditionally, it is a country of emigration, not immigration. In 2002 it had only 1.3m foreign residents. But today there are more than 5m, plus many thousands waiting in overstretched “welcome centres” and an unknown number of phobically-named clandestini. Communities already under economic strain are changing too rapidly for many: to most Italians, Italian-ness remains defined by ethnicity. So initiatives such as ELSE are looking to find a way to speak to Italians in a common language the immigrants and natives share: the arts.

“Erano come due notti” (“They were like two nights”, an interior image of which is pictured below) joins “Radici” (“Roots”), “Animali” (“Animals”) and, soon, “Famiglie” (“Families”), all illustrated in jewel-bright colours printed on thick, creamy paper. The stories redeclare identities that were lost when their writers became foreigners—stranieri in Italian, which literally means “strangers”. Written in Italian, they are a plea for understanding. ELSE's beautifully crafted books give them the means to be heard.

Giovanni Iudice, the first major Italian artist to depict the Mediterranean boat migrations, knows that night-black sea intimately. His early sunlit beachscapes of his hometown of Gela, on Sicily’s southern coast, began a decade ago to feature the rickety boats full of frightened people arriving in the surf. For Mr Iudice, the choice of subjects for his art is not just a question of documenting reality; it is a responsibility. He is inspired by the verismo writers of the late-nineteenth century, such as Giovanni Verga, whose short stories and personal photography first treated the lives of peasants as something more than comic relief or local colour. Mr Iudice's immense “Umanità” (“Humanity”, shown below), exhibited in the Italian pavilion at the 54th Venice Biennale in 2011, depicts a huddle of men, clearly just disembarked, upon a dark beach. A woman lifts a baby high above their heads, as though born from the waves, while a body-bag is carried away into the darkness. The sand is tracked with bloody footprints. These people, who in the mass media blur into a “swarm” or a “flood”, are here individuals, protagonists of their story.

While inclusion in the Venice Biennale means recognition from the highest echelons of Italy's art world, Guerrilla SPAM, a graffiti crew, uses street-art to communicate with people directly through the spaces they inhabit. In Rome, SPAM have just put the finishing touches to “La deriva umana” (“Human Drift”, pictured at the top of this page), a 30-metre-long scathing assessment of popular fears over migration, in which a strange humanoid monster in house slippers pulls up the toe of Italy to prevent boats full of similar creatures from making land. Like Mr Iudice, SPAM want to make people see what they would rather ignore. “La deriva umana” adorns the wall of a long-abandoned salami factory now occupied by a group of homeless families: Tunisian, Peruvian, Roma and Italian. It is SPAM’s contribution to Metropoliz, a project that has transformed the factory into a living art installation defending these families’ right to a home.

Others have grander ambitions. Gabriele del Grande, a journalist who has been agitating about the plight of Mediterranean migrants for almost a decade through his blog Fortress Europe, recently co-directed the documentary “Io sto con la sposa” ("On the bride’s side") with Antonio Augugliaro, an Italian filmmaker, and Khaled Soliman al Nassiry, a Palestinian poet. The film follows their journey helping five Palestinian and Syrian refugees to reach Sweden. Supported by camera and sound men, they disguise themselves as a wedding party. (Who ever asks for a bride’s papers?) Messrs Del Grande, Al Nassiry and Augugliaro create for their audiences, as in life they did for their “wedding party”, a beautiful alternative world. The camera lingers on universal relationships—father and son, husband and wife—and the audience’s certainty of these people’s outsider status and illegality falters.

The film is now on a madcap world tour, picking up a swathe of awards including first prize at the Al Jazeera International Documentary Film Festival in November. Among 35 screenings that month alone was an appearance at the Platforma conference-festival on arts and refugees in Leicester, which welcomes artists, academics and policymakers from around the world to share their work on migration. Notable among the performances was “Queens of Syria”, a film about a group of Syrian refugee women in Jordan who put on Euripides’ “Trojan Women”. Its protagonists have witnessed the deaths of husbands and children and been forced to leave their homes, and must now watch their city burn. For the performers, this distant tragedy became a channel for their own traumas. “I have a scream I have to let out, ” said one. “I want the world to hear it.”