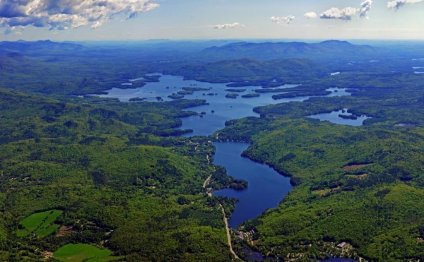 I have always been fascinated with words: how they form, develop, and change over time. Although I have never pursued any kind of formal training in etymology, I think it’s fair to say I’m a rather passionate dilettante. You can appreciate then my keen interest as I watch the word ‘squam’ evolve and expand in all sorts of ways I could never have imagined.

What is Squam? This is a question I am asked on a very frequent basis. The Abenaki word for water, it is, of course also the name of one of New Hampshire’s largest lakes. And then, in a way that both mystifies me and delights me—for a growing number of people—squam refers to a transformative experience, a community, a movement. In September 2008, I hosted a gathering on the shores of Squam Lake as, at the time, I lived just across the road. The purpose was to actively engage with the idea of creativity as a way of life.

Too often, it felt to me, people shut themselves down from painting, drawing, taking photographs, writing—you name it—whatever ways fired up their creative mojo, because of false beliefs around what it means to be an artist, a writer, a photographer.

And then, on the flip side, we began a series of retreats focused on textiles where people had no problem being actively creative—they were already knitting, sewing, weaving, and spinning on a daily basis. The difference was that it was too often dismissed as ‘just a hobby.’

Play simply for the joy of play. Creative expression as pure process—no thought to end product, no thought of commercial value, no expectation on how it will be judged—is counter to how most of us are programmed to go through our days.

What I couldn’t have anticipated was how deep a chord this inquiry would strike. Since that first weekend, over 3, 000 people from all over the world have participated in Squam Art Workshops and the results are resoundingly positive; lives have been transformed.

That’s a strong word, I know, but I have boxes stuffed full of handwritten letters and a folder on my laptop full of e-mails telling me in no uncertain terms, personal transformation has occurred. Today I make my home in Providence, Rhode Island, which Architectural Digest has recently named ‘the country’s best small city.” Rich with history, stunning architecture, amazing food, and an abundance of creative spirit, Providence is about to become the setting for the next experiment in Squam as I host the first ever urban Squam Art Workshops: Squam in the City. What will this urban adventure bring to the word squam? With any luck, the experience of ‘going to Squam’ will gain new meaning as we throw down roots under these 400-year-old cobblestoned streets and see that we can nurture creativity as a way of life whether we are in the sanctuary of natural beauty or the heart of a city. That’s my hope, anyway. I’ll let you know how it goes!