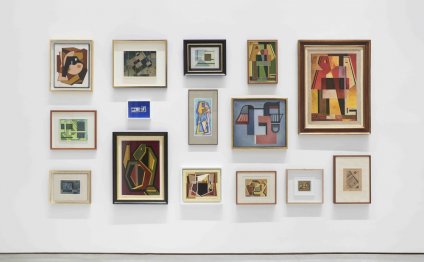 Since prehistoric times, Greeks, Etruscans and Celts have inhabited the south, centre and north of the Italian peninsula respectively. The very numerous Rock Drawings in Valcamonica go back to 8, 000 BC, and there are rich remains of Etruscan art from thousands of tombs, as well as rich remains from the Greek colonies at Paestum, Agrigento and elsewhere. Ancient Rome finally emerged as the dominant Italian and European power. The Roman remains in Italy are of extraordinary richness, from the grand Imperial monuments of Rome itself to the survival of exceptionally preserved ordinary buildings in Pompeii and neighbouring sites. Following the fall of the Roman Empire, in the Middle Ages Italy, especially the north, remained an important centre, not only of the Carolingian art and Ottonian art of the Holy Roman Emperors, but for the Byzantine art of Ravenna and other sites. Arab-Norman Palermo and the Cathedral Churches of Cefalù and Monreale reflect the influence and craftmanship of the Islamic populations of Sicily and the south.

Italian painting began to develop beyond the influence of Byzantium in the Duecento or 13th century, with Cimabue, Duccio and Giotto, maintaining its lead throughout the Italian Renaissance, and reaching a particular peak in the High Renaissance of Leonardo da Vinci, Michelangelo and Raphael, despite great political turbulence. Italy retained its artistic dominance into the 17th century with Mannerism and the Baroque, and cultural tourism became a major prop to an otherwise faltering economy. In the 18th century Neoclassicism originated in Rome, but this was the last such Italian-born style that spread to all Western art. However, Italy maintained a presence in the international art scene from the mid-19th century onwards, with movements such as the Macchiaioli, Futurism, Metaphysical, Novecento Italiano, Spatialism, Arte Povera, and Transavantgarde.

Italian art has influenced several major movements throughout the centuries and has produced several great artists, including painters, architects and sculptors. Today, Italy has an important place in the international art scene, with several major art galleries, museums and exhibitions; major artistic centres in the country include Rome, Florence, Venice, Milan, Turin, Genoa, Naples and other cities. Italy is home to 51 World Heritage Sites, the largest number of any country in the world.

Etruscan bronze figures and a terracotta funerary reliefs include examples of a vigorous Central Italian tradition which had waned by the time Rome began building her empire on the peninsula.

The frescoes consist of painting on top of fresh plaster, so that when the plaster is dried the painting becomes part of the plaster and an integral part of the wall, which helps it survive so well (indeed, almost all of surviving Etruscan and Roman painting is in fresco). Colours were made from stones and minerals in different colours that ground up and mixed in a medium, and fine brushes were made of animal hair (even the best brushes are produced with ox hair). From the mid 4th century BC chiaroscuro began to be used to portray depth and volume. Sometimes scenes of everyday life are portrayed, but more often traditional mythological scenes. The concept of proportion does not appear in any surviving frescoes and we frequently find portrayals of animals or men with some body-parts out of proportion. One of the best-known Etruscan frescoes is that of Tomb of the Lioness at Tarquinia.

The Etruscans were responsible for constructing Rome's earliest monumental buildings. Roman temples and houses were closely based on Etruscan models. Elements of Etruscan influence in Roman temples included the podium and the emphasis on the front at the expense of the remaining three sides. Large Etruscan houses were grouped around a central hall in much the same way as Roman town Large houses were later built around an . The influence of Etruscan architecture gradually declined during the republic in the face of influences (particularly Greek) from elsewhere. Etruscan architecture was itself influenced by the Greeks, so that when the Romans adopted Greek styles, it was not a totally alien culture. During the republic there was probably a steady absorption of architectural influences, mainly from the Hellenistic world, but after the fall of Syracuse in 211 BC, Greek works of art flooded into Rome. During the 2nd century BC, the flow of these works, and more important, Greek craftsmen, continued, thus decisively influencing the development of Roman architecture. By the end of the republic, when Vitruvius wrote his treatise on architecture, Greek architectural theory and example were dominant. With the expansion of the empire, Roman architecture spread over a wide area, used for both public buildings and some larger private ones. In many areas elements of style were influenced by local tastes, particularly decoration, but the architecture remained recognizably Roman. Styles of vernacular architecture were influenced to varying degrees by Roman architecture, and in many regions Roman and native elements are found combined in the same building.

By the 1st century AD, Rome had become the biggest and most advanced city in the world. The ancient Romans came up with new technologies to improve the city's sanitation systems, roads, and buildings. They developed a system of aqueducts that piped freshwater into the city, and they built sewers that removed the city's waste. The wealthiest Romans lived in large houses with gardens. Most of the population, however, lived in apartment buildings made of stone, concrete, or limestone. The Romans developed new techniques and used materials such as volcanic soil from Pozzuoli, a village near Naples, to make their cement harder and stronger. This concrete allowed them to build large apartment buildings called insulae.

Wallpaintings decorated the houses of the wealthy. Paintings often showed garden landscapes, events from Greek and Roman mythology, historical scenes, or scenes of everyday life. Romans decorated floors with mosaics — pictures or designs created with small colored tiles. The richly colored paintings and mosaics helped to make rooms in Roman houses seem larger and brighter and showed off the wealth of the owner.

Introduction to the process of plein air painting in Italy

Isolated by its rugged, mountainous terrain, Spain relied on foreign contacts to keep abreast of the most recent artistic…