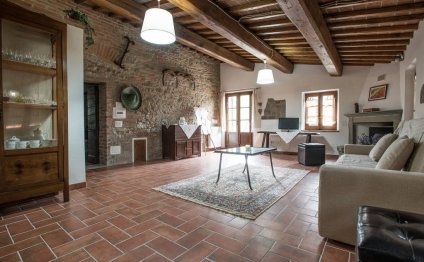  Trying to "look like a local" won't help much, for two reasons. The first is that experienced pickpockets are expert at spotting tourists, no matter how much they try to blend in, and the second is that they don't really care - the vulnerable who might be carrying a bit of cash are their targets, tourists or not. Pickpockets are "rational" - they pick on the weak. They would prefer everyone to be blind and fragile, but the next best targets for pickpockets are the tired and/or distracted. Confused looks, hesitant steps, mobile phone pressed to the ear, newspaper before the eyes and open maps are among the perfect indicators of a distracted person. An arm in a sling is a "rob me" sign to pickpockets. Sort out your next steps while still in the hotel, restaurant, museum etc. before setting out and then pay attention to your surroundings .

 While drinking or eating, especially outside, NEVER put your purse, bag or camera on the ground or under the table, nor hang it on your chair behind you nor place it on the seat of the chair next to you. Put it on the table in front of you where you can see it at all times. Don't hang your jacket on your chair if there's anything in the pockets. Remember that pickpockets operate not just in crowded public spaces and public transport but also in standup restaurants (e.g. McDonald's, station buffets etc.), normal sit-down restaurants and even on open footpaths. Large railway stations are the el Dorado of pickpockets and bag thieves.

 If someone bumps you, especially on the street, you're being robbed. Check your pockets quickly and, if you're built for it, don't hesitate to jump the person who picked your pocket, no matter how well-dressed he is. Make a lot of fuss to attract the attention of passersby. The police will be on your side.

 When in crowded public transport, move your backpack around to the front of your body. If that isn't practical, think about buying a secure pack. Don't put anything of the slightest value to you in outside pack pockets (emphasis on "value to you" - thieves steal stuff "by accident" - the address book with every contact you've made in the past fifty years may not be of value to a pickpocket, but you'll surely be sorrier to lose that than to lose three twenty euro notes). "Fanny packs" are especially easy for pickpockets to access. Pickpockets particularly favour anyone whose hands are full.

Very skilled pickpockets can slit open the bottom of your bag with a razor blade to steal your purse.

If you're approached on a bus by, usually, a couple, one of whom holds a map up at chest level asking for directions, move away immediately, closely holding your purse or bag.

 Crowded internet cafès are now at the top of the list of favorite sneak thief haunts. Look from time to time for people hanging about too close while you're studying your email. Keep your bag, if you have one, in your lap or on the table right next to the monitor. Don't hang your jacket on your chair.

Using his hung jacket as cover, this sneak thief
opens a zipped bag behind him and steals from it inside 10 seconds.

 Ladies, keep your purse on the shoulder furthest from the traffic side of the footpath. That makes life difficult for purse snatchers on motor scooters (a fairly rare activity outside of ).
 Choose bags and purses with short straps that keep the main compartment close to your body, optimally under your arm. Bag snatchers sometimes cut the straps so the shorter amount of strap you have to offer, the less they have to try and cut.

 Keep your eyes on your gear in crowded underground trains (especially the Rome metro from Termini to any tourist destination) and buses (in Rome, especially bus 64, the "pickpockets' express"; in Venice, crowded vaporettos and the area around the Rialto). Italian pickpockets in teams of 2-3 youths, normally a male and two girls, work the metro - the male crowds you, one girl, often very short, goes through your pockets while the other taller one shields her from view. Being near the door is often an unfavourable location - pickpockets like to slip out through closing doors.

 When staying in a hotel, leave any unneeded valuables plus spare cash in the hotel safe, either the room safe if there is a good one or the front desk safe. If your accommodation is an agriturismo or a B&B, talk to the management about the possibilities of safely leaving valuables somewhere on the premises. Note that some smaller places will hold everything except cash, the reason being that sometimes guests claim to have left more cash than they actually did.