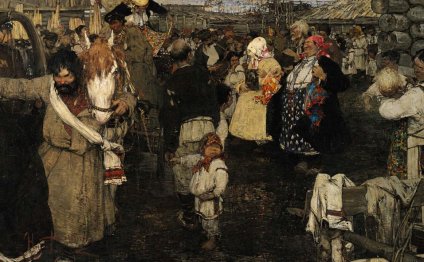 The Taos Art Museum is housed in the home of Nicolai Fechin (Fechin House), who with his family moved to Taos in 1927. Born in Russia, Fechin is one of the most important portrait painters of the 20th Century. In addition to his portraits, his paintings of Native Americans and of the New Mexico desert landscape are considered among his best works.

The Paintings of Nicolai Fechin

Most gallery visitors find something to intrigue or delight them in the works of Nicolai Fechin. The brilliance of his painting style and the bold imagery one encounters in his drawings are undeniably arresting. His exuberant use of line and color to define form creates an immediate impression of energy and purpose.

In his representations of people, one sees a remarkable ability to capture the essence of personality in paint or on paper, along with an intensity of feeling that reveals much about the artist's attitudes toward art and life. In pencil and charcoal drawings, oils, and sculpted forms, Fechin's work brings to the viewer distinctly individual likenesses with an evocative flair that places him among the best portraitists of any time or place.

Fechin depicted himself, his father, and his wife and daughter, as well as the celebrities of his time and anonymous models who simply captured his attention, varying his approach to each according to the mood or character of his subject.

Fechin was born in 1881 in the town of Kazan, Russia. His father was a highly skilled craftsman in wood and metal from whom Fechin received instruction in drawing and sculpting. In 1895 Fechin enrolled in the Art School of Kazan, a branch of the Imperial Academy of Art in St. Petersburg. Operated by graduates of the Academy, the school promoted individual development within an academic framework of Russian literature, art history, and architecture.

Graduating from the Kazan school in 1900, Fechin subsequently entered the Imperial Academy, where he came under the tutelage of painter Ilya Repin, whose highly popular works emphasized the realistic values of northern European masters such as Rembrandt. An introduction to the collection of the Hermitage Museum acquainted Fechin with European Impressionism, with its emphasis on visual experience based on the observation of nature.

Under Repin's guidance, Fechin completed several large-scale historical paintings in St. Petersburg. After about 1904 he began to concentrate increasingly on portraiture. Fechin also began to experiment with using the palette knife to apply color to large areas of the painting surface and to emphasize gesture and movement.

After traveling in Siberia with a geologist friend in the summer of 1904, Fechin spent the following summer visiting the smaller villages in the vicinity of Kazan to observe and record the everyday life of the local peasant farmers. His fascination with rural customs and native people found expression again some twenty years later among the indigenous inhabitants of northern New Mexico and again in Southeast Asia.

Fechin graduated from the academy in St. Petersburg in 1908, having been awarded a scholarship that enabled him to travel outside Russia to visit museums and art galleries in Austria, Germany, Italy, and France. Returning to Kazan from Paris in the late fall of 1909, he accepted a full-time position as an instructor at the local art school. In 1910 he won a gold medal for painting at the annual International Exhibition in Munich and was invited to show in the International Exhibition held at the Carnegie Institute in Pittsburgh, Pennsylvania, that same year. Here his work came to the attention of New York art patron W.S. Stimmel, through whom Fechin began selling paintings in the United States.

In 1913 Fechin married Alexandra Belkovitch, the teenaged daughter of the director of the art school in Kazan. In 1914 the couple's only child, Eya, was born. Fechin's small but steady income from teaching was interrupted at this time by the outbreak of World War I. The family soon moved to Vasilievo, thirty miles from Kazan, where Alexandra's father had purchased a house for them.

Following the abdication of the Czar and the establishment of a revolutionary government in Moscow, Russia entered a period of social upheaval and intermittent civil war. The collapse of law and order and widespread shortages of food, medicines, and other necessities rendered Russian life chaotic. Fechin's parents died of typhoid fever. The Bolshevik government confiscated the properties that Alexandra had inherited from her family. Returning to Kazan, Fechin continued to teach at the school under steadily worsening conditions until 1920 when the arrival of representatives of the American Relief Administration caused him to think seriously about leaving Russia for good.

In 1922 he resumed correspondence with his American friend Stimmel, who initiated the process that eventually enabled the Fechins to immigrate to the United States. Stimmel meanwhile arranged for the sale of Fechin's work and set up a line of American credit for the artist with the proceeds. After many delays, caused for the most part by governmental red tape, the Fechins arrived in New York City on August 1, 1923. At forty-two years of age, having left everything he had ever known, Fechin faced the uncertain prospect of creating a new life in a new country.