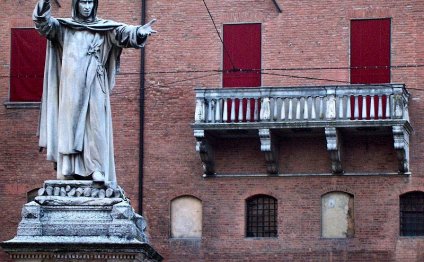 No era of artistic achievement is as renowned as the Renaissance, and no country holds a higher place in that period than Italy. The supreme works created in Florence, Rome, Venice, and other Italian cities by such masters as Leonardo da Vinci, Botticelli, Michelangelo, Raphael, and Titian have never equaled and have established a canon of beauty that pervades Western culture to this day.

"These Arts, in their highest province, are not addressed to the gross senses, but to the desires of the mind, to that spark of divinity which we have within."
—Sir Joshua Reynolds, 1786

To view these works is to enter a world that is incomparably rich, filled with emotion and drama that is palpable, though sometimes mysterious to our modern sensibility.

To study these works with an expert is to penetrate that mystery and gain a new appreciation for how these masterpieces were created and what they meant to the artists and people of the time.

Experience the Vision of Great Art with an Expert Guide

Professor William Kloss is your guide through this visual feast in an artist-centered survey that explores hundreds of paintings and sculptures by scores of artists.

An independent art historian, scholar, and curator, Professor Kloss is a frequent lecturer for the Smithsonian Institution's seminar and travel program. He has served on the Committee for the Preservation of the White House by presidential appointment since 1990, and he is the author of several books and exhibition catalogs.

Commenting on Kloss's eloquent writing, The Washington Post marveled that "his pointed and persuasive perceptions are not easily resisted."

Unlock the Mysteries of Renaissance Art

Take Botticelli's Primavera, a bewitching allegory of springtime featuring two gods, three goddesses, the three Graces, and Cupid, set in a lush orange grove. Its sheer beauty transfixes visitors to Florence's Uffizi Gallery, where it hangs today. But what does it mean?

Noting that for centuries scholars have debated the painting's symbolism, Professor Kloss directs your attention to a few intriguing details:

Professor Kloss then points out another equally rich interpretation and concludes, "A bad artist could do terrible things with such a complex story, but fortunately a great artist was at hand to visualize this elaborate subject."

The same can be said for all of the artists in this course, and it is through their distinctive styles, innovations, and matchless skill that you learn about this remarkable period.

What Is the Renaissance?

These lectures cover art history at the times of the Early Renaissance and the High Renaissance, which extended from about 1400 to about 1520. Italy is the first and principal location of the Renaissance, and it was in Florence that it took its deepest root.

The word renaissance means rebirth, and it is the name given to the transition from medieval to modern times in Europe, when the rediscovery of ancient Greek and Roman culture sparked a creative revolution in the humanities, the sciences, and the arts.

Humanism, a philosophical, literary, and artistic ideal, went hand in hand with this rebirth. It emphasized the dignity and potential of humanity and inspired secular studies, as well as the creation of art that reflected the forms and ideas of the Classical era. Renaissance society—and art—was permeated with religion.

In the arts, this new approach encompassed powerful new techniques for representing the human figure and the visible world, and also new attitudes about the roles of artists in society. From a modest rank as craftsman, the artist gradually rose to a status comparable to poets and philosophers.