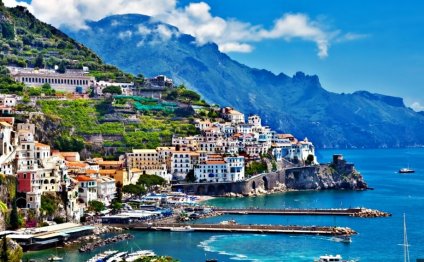 Oil painting is the process of painting with pigments with a medium of drying oil as the binder. Commonly used drying oils include linseed oil, poppy seed oil, walnut oil, and safflower oil. The choice of oil imparts a range of properties to the oil paint, such as the amount of yellowing or drying time. Certain differences, depending on the oil, are also visible in the sheen of the paints. An artist might use several different oils in the same painting depending on specific pigments and effects desired. The paints themselves also develop a particular consistency depending on the medium. The oil may be boiled with a resin, such as pine resin or frankincense, to create a varnish prized for its body and gloss.

Although oil paint was first used for Buddhist paintings by Indian and Chinese painters in western Afghanistan sometime between the fifth and tenth centuries, it did not gain popularity until the 15th century. Its practice may have migrated westward during the Middle Ages. Oil paint eventually became the principal medium used for creating artworks as its advantages became widely known. The transition began with Early Netherlandish painting in Northern Europe, and by the height of the Renaissance oil painting techniques had almost completely replaced the use of tempera paints in the majority of Europe.

In recent years, water miscible oil paint has come to prominence and, to some extent, replaced traditional oil paint. Water-soluble paints contain an emulsifier that allows them to be thinned with water rather than paint thinner, and allows very fast drying times (1–3 days) when compared with traditional oils (1–3 weeks).

Traditional oil painting techniques often begin with the artist sketching the subject onto the canvas with charcoal or thinned paint. Oil paint is usually mixed with linseed oil, artist grade mineral spirits, or other solvents to make the paint thinner, faster or slower-drying. (Because these solvents thin the oil in the paint, they can also be used to clean paint brushes.) A basic rule of oil paint application is 'fat over lean'. This means that each additional layer of paint should contain more oil than the layer below to allow proper drying. If each additional layer contains less oil, the final painting will crack and peel. This rule does not ensure permanence; it is the quality and type of oil that leads to a strong and stable paint film. There are many other media that can be used with the oil, including cold wax, resins, and varnishes. These additional media can aid the painter in adjusting the translucency of the paint, the sheen of the paint, the density or 'body' of the paint, and the ability of the paint to hold or conceal the brushstroke. These aspects of the paint are closely related to the expressive capacity of oil paint.

Traditionally, paint was transferred to the painting surface using paintbrushes, but there are other methods, including using palette knives and rags. Oil paint remains wet longer than many other types of artists' materials, enabling the artist to change the color, texture or form of the figure. At times, the painter might even remove an entire layer of paint and begin anew. This can be done with a rag and some turpentine for a time while the paint is wet, but after a while the hardened layer must be scraped. Oil paint dries by oxidation, not evaporation, and is usually dry to the touch within a span of two weeks (some colors dry within days). It is generally dry enough to be varnished in six months to a year. Art conservators do not consider an oil painting completely dry until it is 60 to 80 years old.

Although the history of tempera (pigment mixed with either egg whites or egg yolks, then painted on a plastered section) and related media in Europe indicates that oil painting was discovered there independently, there is evidence that oil painting was used earlier in Afghanistan. Outdoor surfaces and surfaces like shields—both those used in tournaments and those hung as decorations—were more durable when painted in oil-based media than when painted in the traditional tempera paints.

Most Renaissance sources, in particular Vasari, credited northern European painters of the 15th century, and Jan van Eyck in particular, with the "invention" of painting with oil media on wood panel supports ("support" is the technical term for the underlying backing of a painting). However, Theophilus (Roger of Helmarshausen?) clearly gives instructions for oil-based painting in his treatise, On Various Arts, written in 1125. At this period, it was probably used for painting sculptures, carvings and wood fittings, perhaps especially for outdoor use. However, early Netherlandish painting in the 15th century was the first to make oil the usual painting medium, and explore the use of layers and glazes, followed by the rest of Northern Europe, and only then Italy.

Early works were still panel paintings on wood, but around the end of the 15th century canvas became more popular as the support, as it was cheaper, easier to transport, allowed larger works, and did not require complicated preliminary layers of gesso (a fine type of plaster). (This style was known as a fresco painting: applying gesso, then painting over with tempera paint) Venice, where sail-canvas was easily available, was a leader in the move to canvas. Small cabinet paintings were also made on metal, especially copper plates. These supports were more expensive but very firm, allowing intricately fine detail. Often printing plates from printmaking were reused for this purpose. The popularity of oil spread through Italy from the North, starting in Venice in the late 15th century. By 1540, the previous method for painting on panel (tempera) had become all but extinct, although Italians continued to use fresco for wall paintings, which was less successful and durable in damper northern climates.