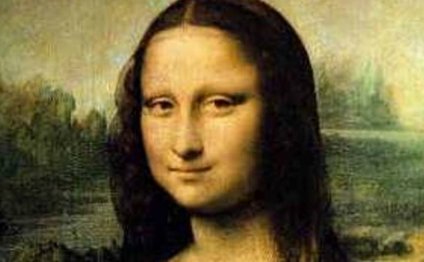 The Birth of Venus is a painting by Sandro Botticelli created around 1485–87. It depicts the goddess Venus (or Aphrodite as she is known in Greek mythology) emerging from the sea upon a shell in accordance with the myth that explains her birth. The original location of the painting and its commissioner remain uncertain. Some experts attribute its commission to Lorenzo de’ Medici and the Villa of Castello as the site to which the work was originally destined. Today, the painting is held in the Uffizi Gallery in Florence. A Birth of Venus high resolution image can be found here.

Water Lilies (or Nympheas) is a series of approximately 250 oil paintings by French Impressionist Claude Monet. The paintings depict Monet’s own flower garden at Giverny and were the main focus of his artistic production during the last thirty years of his life. The paintings are on display at museums all over the world. The one show above is displayed at the Metropolitan Museum of Art in New York.

Completed in 1642, at the peak of the Dutch Golden Age, The Night Watch is one of the most famous paintings by Dutch painter Rembrandt van Rijn. It depicts a city guard moving out, led by Captain Frans Banning Cocq and his lieutenant, Willem van Ruytenburch. For much of its existence, the painting was coated with a dark varnish which gave the incorrect impression that it depicted a night scene, leading to the name Night Watch. This varnish was removed only in the 1940s. The painting is on display in the Rijksmuseum in Amsterdam. A high resolution image of the Night Watch can be found here.

The Scream is a series of expressionist paintings and prints by Norwegian artist Edvard Munch, showing an agonized figure against a blood red sky. The landscape in the background is Oslofjord, viewed from the hill of Ekeberg, in Oslo. Edvard Munch created several versions of The Scream in various media. The one shown above was painted in 1893 and is on display in The National Gallery of Norway. It was stolen in 1994 in a high-profile art theft and recovered several months later. In 2004 another version of The Scream was stolen from the Munch Museum, only to be recovered in 2006.

6Girl with a Pearl Earring

Sometimes referred to as “the Dutch Mona Lisa”, the Girl with a Pearl Earring was painted by Johannes Vermeer. Very little is known about Vermeer and his works and this painting is no exception. It isn’t dated and it is unclear whether this work was commissioned, and if so, by whom. In any case, it is probably not meant as a conventional portrait. Tracy Chevalier wrote a historical novel fictionalizing the circumstances of the painting’s creation. The novel inspired a 2003 film with Scarlett Johansson as Johannes Vermeer’s assistant wearing the pearl earring.

Guernica is one of Pablo Picasso most famous paintings, showing the tragedies of war and the suffering it inflicts upon individuals, particularly innocent civilians. Picasso’s purpose in painting it was to bring the world’s attention to the bombing of the Basque town of Guernica by German bombers, who were supporting the Nationalist forces of General Franco during the Spanish Civil War. Picasso completed the painting by mid-June 1937. The painting can be seen in the Museo Reina Sofía in Madrid.

4The Creation of Adam

The Sistine Chapel ceiling, painted by Michelangelo between 1508 and 1512, at the commission of Pope Julius II, is one of the most renowned artworks of the High Renaissance. The ceiling is that of the large Chapel built within the Vatican in Rome. Central to the ceiling decoration are nine scenes from the Book of Genesis. Among the last to be completed was the Creation of Adam in which God the Father breathes life into Adam, the first man. The Creation of Adam is one of the famous paintings of all time and has been the subject of countless of references and parodies.

The Last Supper is a 15th century mural painting in Milan created by Leonardo da Vinci and covers the back wall of the dining hall at the monastery of Santa Maria delle Grazie in Milan. It represents the scene of The Last Supper when Jesus announces that one of his Twelve Apostles would betray him. Leonardo began work on The Last Supper in 1495 and completed it in 1498 though he did not work on the painting continuously. Some writers propose that the person in the painting seated to the left of Jesus is Mary Magdalene rather than John the Apostle, as most art historians identify that person. This popular theory was the topic of the book The Templar Revelation (1997), and plays a central role in Dan Brown’s novel The Da Vinci Code (2003).

The Starry Night was painted by Dutch artist Vincent van Gogh. Although Van Gogh sold only one painting in his life, the aftermath of his work is enormous. Starry Night is one of his most famous paintings and has become one of the most well known images in modern culture. The painting shows the village of Saint-Rémy under a swirling sky, in a view from the asylum towards north. The cypress tree to the left was added into the composition. Since 1941 it has been in the permanent collection of the Museum of Modern Art in New York. A Starry Night high resolution image can be found here.

The most famous painting of all time, the Mona Lisa was painted by Leonardo da Vinci during the Renaissance in Florence. He began painting the Mona Lisa in 1503 or 1504 and finished it shortly before he died in 1519. The painting is named for Lisa del Giocondo, a member of a wealthy family of Florence. In 1911, the Mona Lisa was stolen by Louvre employee Vincenzo Peruggia, an Italian patriot who believed the Mona Lisa should be returned to Italy. After having kept the painting in his apartment for two years, Peruggia was finally caught when he attempted to sell it to the directors of the Uffizi Gallery in Florence. Today, the Mona Lisa hangs again in the Louvre in Paris where 6 million people see the painting each year.

2. The Last Supper – Leonardo da Vinci. This world famous painting is not shown in a museum, but rather covers the back wall…