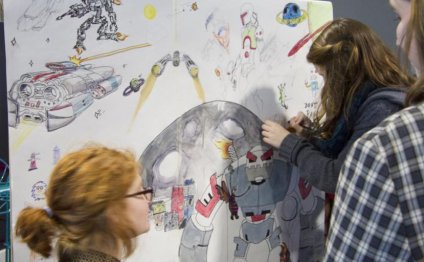 All our London writing workshops take place at Waterstones, Piccadilly. Tickets are on sale at £45 (cost includes a glass of wine on arrival). Unless otherwise stated, all classes will start at 18.30 and wrap up by 21.00. Spaces are limited so please book early to avoid disappointment.

These workshops act as a series of 'taster' sessions, to allow writers to experience some of what we offer at the main event.

Using one simple writing tool to add meaning and urgency to character, plot and theme.

In this talk C.M.Taylor will be using a tested, jargon-free writing process to show you how to identify your theme, then to use that theme to get your plot and your character development working together to give emotionally powerful meaning to your story.

Craig (writing as C M Taylor) is the author of five novels. Premiership Psycho (Corsair 2011) and the Amazon best-selling Group of Death (Corsair 2012) form two thirds of a satirical trilogy about contemporary culture described as 'Brilliant' by The Sun, and 'Horribly entertaining' by The Mirror. He's also the author of Light, Cloven and Grief, the latter a dystopian fantasy described by British Science Fiction Association as a work of 'breathtaking originality' and nominated for their Book of the Year.

Craig has co-written a horror movie script, Writers Retreat, which was filmed in 2014 and premiered at the Sitges International Film Festival. He is an associate lecturer at the Oxford International Centre for Publishing Studies, and has taught widely, often on the underlying structures of narrative, and on Born Digital Literature, a particular enthusiasm which has seen Craig crowdfund a literary app on the Unbound publishing website, as well as instigate an experiment in digital literature with the British Library. He has been a book editor with the Writers' Workshop since (almost) its inception.

Friday 27th May: Showing and Telling and Storytelling

Show, don’t tell – or so we’re told. But once upon a time we told stories, didn’t we? And in practice, any successful piece of storytelling needs to balance both showing and telling. In this workshop we’ll look at examples of both narrative modes, and find ways to blend them into our own writing.

Andrew Wille was a senior editor at Little, Brown UK, acquiring and editing critically acclaimed and award-winning works of fiction and nonfiction. He has tutored for Naropa University’s Jack Kerouac School of Disembodied Poetics and Falmouth University, and is a book doctor and freelance editor. More info at www.wille.org.

Point-of-view may be one of the less frequently discussed elements of the novelist and short story writer's process, but there’s no doubt that it’s also one of the most significant. It might even be the most significant, given that it tends to be the component of the prose that binds all the other elements (e.g. plot, voice, character development) together into a psychologically consistent whole. Relevant to writers in all genres and to beginners and more experienced writers alike, Jeremy Sheldon will spend this session discussing point-of-view in depth and use practical examples to show how control of its many possibilities can lead to more focused, more coherent and more affective narrative voices on the page.

Jeremy Sheldon is an author and screenwriter. The Comfort Zone and The Smiling Affair are published by Jonathan Cape. His feature film work includes Montana, Allies and Thin Rain, an action-thriller to be directed by John McTiernan in 2016.

Encapsulating their acclaimed online Self-Edit Your Novel course, Debi Alper and Emma Darwin will discuss how you can make your plot more compelling, your characters more vivid and their voices more engaging, so that every word counts.

Industry Guest: We'll also have a hands-on editor from a publishing house to give a good balance between what makes a good story and what publishers are looking for, as well as an overview of the whole editing process.

Debi Alper is the author of gritty, funny, contemporary novels with Orion - and a hugely respected tutor and book doctor with the Writers' Workshop. Emma Darwin is that rare thing: an acclaimed literary author who's graced the bestseller lists. Her fiction has been shortlisted and longlisted for numerous prizes and sold extensively overseas. Her latest book, Get Started in Writing Historical Fiction, (John Murray/Teach Yourself) was published in March 2016.