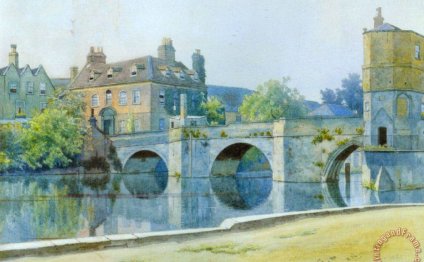 The Realisation of a Dream

When the St Ives School of Painting opened in April 1938, it was the fulfilment of a vow made by two young officers who had served in the trenches some twenty years earlier. They vowed that if they survived the horrors of the Western Front they would one day live and paint in St Ives. Both were trained and experienced artists: Borlase Smart studied under Julius Olsson RA at his School of Painting in the Porthmeor Studios in St Ives, and Leonard Fuller trained at The Royal Academy.

After the war, Borlase Smart and his wife settled in St Ives, living for a while in his Porthmeor studio. In the years that followed, he became one of St Ives’ leading painters specialising in boldly rendered seascapes. He was a founding member of the St Ives Society of Artists and did much to promote the work of local artists.

Leonard Fuller, by then married to Marjorie Mostyn RCA whom he had met at the Royal Academy Schools, had returned to London and become Drawing Master at Dulwich College, at the same time gaining a considerable reputation for his portraits – many of which were shown in the Royal Academy Summer Exhibitions.

By the mid-thirties there was a need for a centralised art school in St Ives, Julius Olsson’s school having ceased some twenty years earlier. In 1938, Borlase Smart persuaded Leonard Fuller to leave London and open the St Ives School of Painting in Denis Mitchell’s former Porthmeor studio.

The stated aims of the School were, ‘To assist the many resident and visiting students in attaining the requisite proficiency to enable them to express themselves adequately in various mediums; especially to enable them to combine their studies in landscape with figure and portrait work, carried on simultaneously.’

The School was an immediate success, attracting students from all parts of the country and abroad, many of whom would go on to become successful and accomplished artists.

A Mecca for Modern Artists

1939 saw the arrival of Ben Nicholson, Barbara Hepworth and Naum Gabo to St Ives. Along with Bernard Leach, who had set up his pottery in 1920, they were to form the nucleus of a modern art movement which would achieve an international reputation within a few short years.

Leonard Fuller was sympathetic to new ideas and welcomed the newcomers, as did Borlase Smart who invited Nicholson and Hepworth and later other younger artists to join the St Ives Society of Artists. Among these other young modern artists were Peter Lanyon, Terry Frost and Wilhelmina Barns-Graham, who all regularly used the facilities of the School, particularly the life classes.

We young painters used to go to the painting school, it was the cheapest way we could get a model. There was Peter Lanyon and Sven Berlin. We were some of the early pupils that went along to draw.

Rising Reputation in the 1950s

The 1950s were exciting times for St Ives artists, whose works gained national prominence in the Festival of Britain and international recognition through touring exhibitions and links with New York.

Many works from the 1950s by artists now known as the’Middle Generation’, were produced by occupants of the Porthmeor Studios, notably Patrick Heron (who had moved into Ben Nicholson’s former studio), Terry Frost and Wilhelmina Barns-Graham.