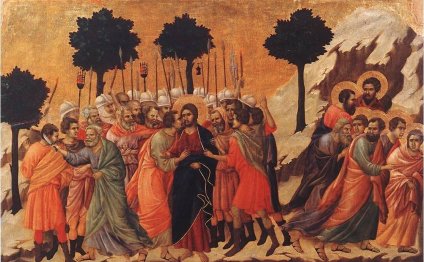 As mentioned in Art History 101: The Renaissance, we can trace the very beginnings of the Renaissance period back to around 1150 in northern Italy. Some texts, most notably Gardner's Art Through the Ages, refer to the years from 1200 to the early 15th century as the "Proto-Renaissance", while others lump this time frame in with the term "Early Renaissance." The first term seems more sensible, so we're borrowing its use here. Differentiations should be noted. The "Early" Renaissance - let alone the "Renaissance" on the whole - could not have occurred where and when it did without these first years of increasingly bold explorations in art.

When studying this period, three important factors should be considered: Where this happened, what people were thinking and how art started to change.

The Pre- or Proto-Renaissance occurred in northern Italy.

People began to change the ways they thought.

Slowly, subtly, but importantly, art began to change, too.

In sum, the Proto-Renaissance: