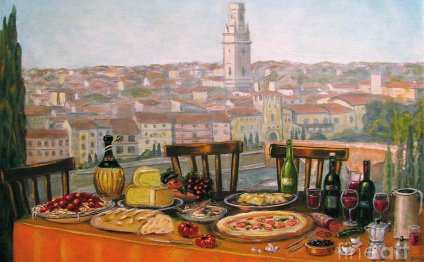 ROME Amid recriminations and wildly diverging theories, Italian politicians and art critics are still trying to comprehend a dramatic robbery which saw 17 paintings including several masterpieces taken from a museum in Verona this week.

The paintings worth an estimated 15 million euros ($16 million), including works by Tintoretto, Mantegna and Peter Paul Rubens, were stolen by three armed robbers shortly before the Castelvecchio museum closed on Thursday evening.

Art historian and critic Tomaso Montanari wrote in la Repubblica daily on Saturday that it was "inconceivable" that the museum was defended by only "a single, private armed guard, like a supermarket".

He blamed "savage" public spending cuts on culture, and called for much tougher sentences for art thieves.

Verona's Mayor Flavio Tosi said the theft was "a wound for the city, " and asked for increased protection from central government. But he rejected criticism of the security measures that were in place.

A city council spokesman said the thieves had acted just after the museum's 11 staff had left but before the remote alarm system with the police station had been activated. They tied up the museum cashier and forced the armed guard to hand over the key to his car, which they used to get away.

Art critic Vittorio Sgarbi, a former junior culture minister, said the theft was "an absolute disaster" for Italy and "one of the most serious art robberies in our history."

He suggested it may have been organized by Islamist militants as a "demonstrative act" because the paintings would be instantly recognizable and virtually impossible to sell.

Mayor Tosi said the thieves were working under commission but Alberto Deregibus, deputy head of the Carabinieri police unit for safeguarding the national heritage, said this was unlikely in view of the large number of paintings stolen.

"It may have just been delinquents who thought: 'let's steal them and decide later what to do with them', " he said.

Art in the Making: Italian Painting Before 1400

Typical Byzantine Mosaic 8th century. (w) We tend to assume that every age must be greater than the one that it preceded…