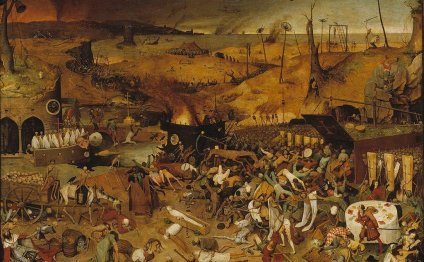 Florence, or Firenze as it's known to those who live there, was the cultural epicenter for Early Italian Renaissance art, launching the careers of many prominent artists in 15th-century Italy.

In the previous article on the Proto-Renaissance, several Republics and Duchies in northern Italy were also mentioned as artist-friendly. These places were quite serious in competing with one another for the most glorious civic adornment, among other things, which kept a lot of artists happily employed.

How, then, did Florence manage to grab center stage? It all had to do with five competitions among the areas. Only one of these was specifically about art, but they were all important to art.

Competition #2: Florence vs. the Pushy Neighbors

Competition #4: Let Us Entertain You!

Why Florence Was the Center of Early Italian Renaissance Art