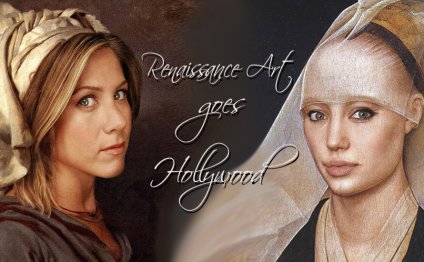 The origins of Renaissance art can be traced to Italy in the late 13th and early 14th centuries. During this so-called “proto-Renaissance” period (1280-1400), Italian scholars and artists saw themselves as reawakening to the ideals and achievements of classical Roman culture. Writers such as Petrarch (1304-1374) and Giovanni Boccaccio (1313-1375) looked back to ancient Greece and Rome and sought to revive the languages, values and intellectual traditions of those cultures after the long period of stagnation that had followed the fall of the Roman Empire in the sixth century.

Leonardo da Vinci, the ultimate "Renaissance man, " practiced all the visual arts and studied a wide range of topics, including anatomy, geology, botany, hydraulics and flight. His formidable reputation is based on relatively few completed paintings, including "Mona Lisa, " "The Virgin of the Rocks" and "The Last Supper."

The Florentine painter Giotto (1267?-1337), the most famous artist of the proto-Renaissance, made enormous advances in the technique of representing the human body realistically. His frescoes were said to have decorated cathedrals at Assisi, Rome, Padua, Florence and Naples, though there has been difficulty attributing such works with certainty.

In the later 14th century, the proto-Renaissance was stifled by plague and war, and its influences did not emerge again until the first years of the next century. In 1401, the sculptor Lorenzo Ghiberti (c. 1378-1455) won a major competition to design a new set of bronze doors for the Baptistery of the cathedral of Florence, beating out contemporaries such as the architect Filippo Brunelleschi (1377-1446) and the young Donatello (c. 1386- 1466), who would later emerge as the master of early Renaissance sculpture.

The other major artist working during this period was the painter Masaccio (1401-1428), known for his frescoes of the Trinity in the Church of Santa Maria Novella (c. 1426) and in the Brancacci Chapel of the Church of Santa Maria del Carmine (c. 1427), both in Florence. Masaccio painted for less than six years but was highly influential in the early Renaissance for the intellectual nature of his work, as well as its degree of naturalism.

Florence in the Renaissance

Though the Catholic Church remained a major patron of the arts during the Renaissance–from popes and other prelates to convents, monasteries and other religious organizations–works of art were increasingly commissioned by civil government, courts and wealthy individuals. Much of the art produced during the early Renaissance was commissioned by the wealthy merchant families of Florence, most notably the Medici.

From 1434 until 1492, when Lorenzo de’ Medici–known as “the Magnificent” for his strong leadership as well as his support of the arts–died, the powerful family presided over a golden age for the city of Florence. Pushed from power by a republican coalition in 1494, the Medici family spent years in exile but returned in 1512 to preside over another flowering of Florentine art, including the array of sculptures that now decorates the city’s Piazza della Signoria.

By the end of the 15th century, Rome had displaced Florence as the principal center of Renaissance art, reaching a high point under the powerful and ambitious Pope Leo X (a son of Lorenzo de’ Medici). Three great masters–Leonardo da Vinci, Michelangelo and Raphael–dominated the period known as the High Renaissance, which lasted roughly from the early 1490s until the sack of Rome by the troops of the Holy Roman Emperor Charles V of Spain in 1527. Leonardo (1452-1519) was the ultimate “Renaissance man” for the breadth of his intellect, interest and talent and his expression of humanist and classical values. Leonardo’s best-known works, including the “Mona Lisa” (1503-05), “The Virgin of the Rocks” (1485) and the fresco “The Last Supper” (1495-98), showcase his unparalleled ability to portray light and shadow, as well as the physical relationship between figures–humans, animals and objects alike–and the landscape around them.

Michelangelo Buonarroti (1475-1564) drew on the human body for inspiration and created works on a vast scale. He was the dominant sculptor of the High Renaissance, producing pieces such as the Pietà in St. Peter’s Cathedral (1499) and the David in his native Florence (1501-04). He carved the latter by hand from an enormous marble block; the famous statue measures five meters high including its base. Though Michelangelo considered himself a sculptor first and foremost, he achieved greatness as a painter as well, notably with his giant fresco covering the ceiling of the Sistine Chapel, completed over four years (1508-12) and depicting various scenes from Genesis.

Raphael Sanzio, the youngest of the three great High Renaissance masters, learned from both da Vinci and Michelangelo. His paintings–most notably “The School of Athens” (1508-11), painted in the Vatican at the same time that Michelangelo was working on the Sistine Chapel–skillfully expressed the classical ideals of beauty, serenity and harmony. Among the other great Italian artists working during this period were Bramante, Giorgione, Titian and Correggio.

Many works of Renaissance art depicted religious images, including subjects such as the Virgin Mary, or Madonna, and were encountered by contemporary audiences of the period in the context of religious rituals. Today, they are viewed as great works of art, but at the time they were seen and used mostly as devotional objects. Many Renaissance works were painted as altarpieces for incorporation into rituals associated with Catholic Mass and donated by patrons who sponsored the Mass itself.

Renaissance artists came from all strata of society; they usually studied as apprentices before being admitted to a professional guild and working under the tutelage of an older master. Far from being starving bohemians, these artists worked on commission and were hired by patrons of the arts because they were steady and reliable. Italy’s rising middle class sought to imitate the aristocracy and elevate their own status by purchasing art for their homes. In addition to sacred images, many of these works portrayed domestic themes such as marriage, birth and the everyday life of the family.

Titian, his birth name was Tiziano Vecelli, was born between 1485-1490 in Cadore in the southern Alps, and was rumored to…