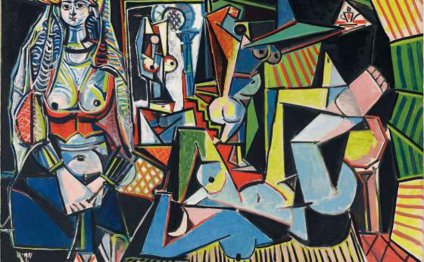 One of Pablo Picasso's later paintings in his series, "Les Femmes D'Alger" ("Women of Algiers"), was sold for $179.4 million, including the Christie's Auction House fee, at auction on Monday night.

One hundred seventy-nine million dollars - the most ever paid for a painting at auction. That record was set last night at Christie's in New York. And as impressive as that is, NPR's Neda Ulaby says it might not be the evening's most important number.

NEDA ULABY, BYLINE: That might be the fraction of the 1 percent who can spend that kind of money. Marion Maneker publishes the news analyst website Art Market Monitor.

MARION MANEKER: There are some 2, 000 billionaires in the world right now, and a greater number of those are interested in owning art than might have been 10-20 years ago.

ULABY: Back then, people who dropped millions of dollars for art generally knew a lot about it. Now there are new collectors - superrich businesspeople and their children - with a reputation for stashing their art in climate controlled, tax-free warehouses all over the world. The Pablo Picasso that broke last night's record is part of a series that shows four voluptuous, abstracted harem women. Picasso painted them when he was old. Richard Lacayo, art critic for Time magazine, says the most valuable Picassos are from more revolutionary periods, like when he was inventing cubism.

RICHARD LACAYO: So it's strange as a way of valuing Picasso's career that the market should put the highest price per any Picasso on a work like this.

UNIDENTIFIED MAN: Wonderful painting, where will we open this? One hundred million dollars to open it - $100 million.

LACAYO: And that's what matters. There's only a handful of names perhaps that the biggest collectors even recognize.

ULABY: At that point in the bidding, only the representatives of five incredibly wealthy people remained. The winner is anonymous. The art world's abuzz with speculation, says Marion Maneker, as to who he or she might be.

MANEKER: There's been a suggestion that the buyer is an American who will ultimately donate the work to a museum.

LACAYO: When a painting sells for $179 million, there isn't the smallest prospect in the world that a museum would be among the potential buyers.

ULABY: One hundred seventy-nine million dollars seems like it would be a good annual operating budget for other museums.

ULABY: In fact, it's more than the combined annual budgets of the Walker Art Center in Minneapolis, the Art Institute of Chicago, the Nelson-Atkins Museum in Kansas City and the Detroit Institute of Arts. Neda Ulaby, NPR News.

Copyright © 2015 NPR. All rights reserved. Visit our website terms of use and permissions pages at for further information.

NPR transcripts are created on a rush deadline by a contractor for NPR, and accuracy and availability may vary. This text may not be in its final form and may be updated or revised in the future. Please be aware that the authoritative record of NPR’s programming is the audio.