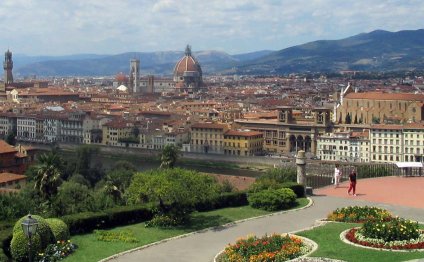 The top universities in Italy are spread across a wide area, as are the rest of the country’s attractions, meaning plenty of attractive choices for those planning to study in Italy. Find out more about some of the most popular cities for students…

Where to start with the Italian capital? Well, most people probably start with the main sights – the Colosseum, the Trevi Fountain, the Pantheon, the Forum, the Spanish Steps or the catacombs. But as a student in Rome, the fun lies in discovering new sides to the “Eternal City”. Simply walking around can be a great way to feel the energy of the city – at once reminiscent of ancient Roman history and thriving with a modern, cosmopolitan vibe.

You might also want to take in a show in one of Rome’s many theaters, or enjoy a large outdoor performance at the Stadio Falminio or Olympic Stadium. If you’re keen on literature, why not enjoy a night out at a ‘book bar’ – a sort of stylish fusion of bar, library and book club. For bargain hunters, Rome’s antique fairs and flea markets offer reams of vintage and second-hand goodies waiting to be discovered. If you’re brave enough, you might even rent a scooter and try to navigate the notoriously chaotic Roman traffic.

There are a range of excellent universities in Rome, particularly the Sapienza - Università di Roma which is ranked joint 213th in the QS World University Rankings 2015/16, making it Italy’s third highest-ranked university.

Celebrated as one of world’s best cities for students, Milan offers the full package: world-class universities, a high standard of living, and a large and diverse student population. A thriving economic hub in the north of the country, Milan retains a strong sense of its past, while simultaneously representing modern urban Italian life.

The city’s cosmopolitan population coexists alongside a wealth of historical sites such as the Duomo di Milano, La Scala, the Brera, the Pirelli tower, the San Siro, the Galleria Vittorio Emanuele (an ancient and glamorous arcaded shopping gallery) and the UNESCO World Heritage Site Santa Maria alle Grazie Basilica, which contains the famous painting The Last Supper.