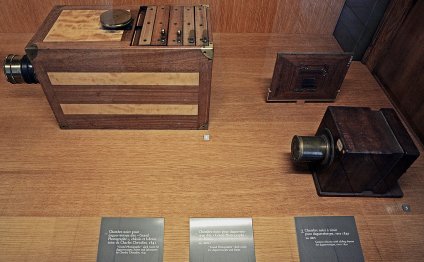 With the order, stage-like space, and one point perspective, Leonardo captures the human emotions in a symbolic narrative. He even used recognizable people as models. The calm, enduring setting and figures build onto the already established early Renaissance forms and characterize the art in the 16th century.

And everyone knows Leonardo’s Mona Lisa! The Louvre in Paris has the original but if you want to experience the challenge of her direct stare and observe the softly modeled forms first hand—there is a copy at the Walters! Just go the 16th century Art Gallery!

Although this copyist did not completely master Leonardo’s techniques, there is an attempt to recreate the sfumato (a smokey haze effect) like the original. Leonardo incorporated techniques such as sfumato as well as experimenting with chiaroscuro (Italian for “light-dark”). With chiaroscuro, the figures would be more realistic because of the deeply contrasted light and dark tones. But Leonardo was not just a painter! In fact, he was much more interested in math and the natural world.

With the Vatican in place, Rome was undergoing a complete revival—socially, religious, politically, and even artistically! Artists from all over Europe traveled to Rome to contribute to the city’s “makeover.” The biggest project was the decoration of the Sistine chapel. Raphael was immediately put to work in the papal apartments, where he created one of his most well known works, School of Athens. Typical of Renaissance style, Raphael incorporated the classical idea of philosophy (Plato and Aristotle in the center), trompe l’oeil architecture, and set-like organization of the figures.

While Raphael was working on School of Athens, Michelangelo was busy working on the ceiling of the Sistine chapel. Although Michelangelo much preferred sculpture, Pope Julius II was confident that his strong work ethic and keen artistic ability would be sufficient for the redecoration of such an extreme task–and he was right! In accordance with Julius’s directions, Michelangelo created a narrative sequence inside an illusionistic architectural frame. Biblical scenes of the Creation, the Fall, and the Flood, were divided into compartments by bands of stone. Due to his superb sculpting, his ignudi (male young men) that accented the sides were perfection in form and modeling. In his sixties, Michelangelo also took on the demanding task of painting the Last Judgement on the wall behind the altar.

Side note: In the 20th century, a restoration test was done on a single lunette of the Sistine Chapel ceiling. The ceiling had long been accepted as having a dusky appearance but underneath the dust and dirt, the conservators found brilliantly bright colors. In 1981 conservators set up a plan to restore the ceiling to its original state and in 1989, it was finished. To many art historians and people who appreciated the beauty of the ceiling, this was a controversial plan that could destroy Michelangelo’s work by moving so quickly. Also, many people thought that Michelangelo had purposely dulled the colors by reworking the fresco. To learn more about the restoration of Michelangelo’s Sistine Chapel ceiling click here:

Meanwhile, in Venice, painters used oil paint on canvas that perfectly suited the styles of the major Venetian painters: Giorgione, Titian, Tintoretto, and Veronese. By painting on canvas, the painters had much greater flexibility; they could paint in their studio and carry it to the location to be displayed but also, because oil paint takes so long to dry, they were able to correct their mistakes easily. In the 16th century, many women became strong supporters of the arts. Titian painted a portrait of one of these important (if not the most important) female patron, Isabella d’Este from Mantua. He was able to portray her individual characteristics through his meticulous brushstrokes. The Venetian painter, Tintoretto, elaborated on his teacher Titian’s techniques. His brushstrokes were faster and bolder, yet his paintings were dynamic with vivid colors and strong lighting. Veronese, however, was much more focused on trompe l’oeil architectural scenes and elaborate costumes and textiles.