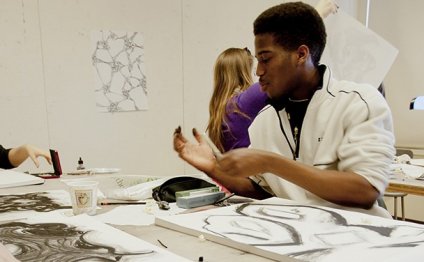 I recently completed a book that includes photos of Medieval and Renaissance artworks. Although the paintings are out of copyright and in the public domain, I was dismayed to discover that the museums that own these paintings charge hefty licensing fees to use their photos of these works. Then, lo and behold, I stumbled upon an article about a court decision that so-called "slavish" photos of public domain paintings, which are faithful reproductions of the originals, cannot be copyrighted and are therefore in the public domain as well.

Despite this court decision, museums, other institutions, and even individual photographers still claim or imply that their "slavish" mere reproductions of photographic images of public domain artworks are copyrighted and that therefore they can demand fees for licensing and use.

The situation is confusing, especially for the growing numbers of self-published authors many of whom charge low prices for their e-books and soft cover books. To pay licensing fees - many of which are sometimes exorbitant - can be prohibitive, and may even result in authors deciding not to use images.

To gain further clarity on the use of photos of public domain artworks I interviewed Professor Christopher Sprigman, who teaches intellectual property law, antitrust law, competition policy, and comparative constitutional law at the University of Virginia Law School. He is a graduate of the University of Pennsylvania (1988) and the University of Chicago Law School (1993). His scholarship focuses on how legal rules affect innovation and the deployment of new technologies.

Starr: In a 2010 article in the New York Times you said, "If the painting is in the public domain, you can take a picture of it, you can reproduce it..." How does that apply to photos of public domain artworks that appear online, on institutional websites, and in catalogues - in the light of the Bridgeman-Corel court decision? The decision seems to state definitively that photos of public domain artworks that are purely copies of the artworks can't be copyrighted. Is this an accurate reading?

Sprigman: Yes. But keep in mind that there are a couple of limitations. The photos have to be flat, artless reproductions. The photos in Bridgeman vs. Corel were intended to illustrate the artwork and nothing more. Also, I'm talking about U.S. law. The laws in other countries may differ. And in my comments here, I'm giving some guidance about general U.S. legal principles, and not legal advice for any particular instance of use.

Starr: Before we continue, it would be useful to define "public domain."

Starr: You say that the photos in the Bridgeman case were used solely to illustrate the artwork. That would seem to be the same for most reproductions that appear online or on museum websites and online catalogues; they are for the purpose of showing what paintings are in the collection. In fact, some of the images are not even that great.

Sprigman: I haven't seen these other photos. But the holding in Bridgeman applies to them if they are similar to such representations that we commonly refer to as "slavish" reproductions - that is, if their purpose is simply to identify and display the paintings. Bridgeman was a federal district court decision and technically it would apply to that district. But the principles are valid, and I would expect it to be the governing law even outside the district where the case was decided. But you can't guarantee that.

Starr: Other commentators agree with you. In fact, there were several comments from attorneys after the Bridgeman-Corel ruling, including one from a former attorney for the Museum of Modern Art in NYC, who said that the Bridgeman decision was in line with U.S. copyright law.

Sprigman: Yes, of course. But the museums will try to get you to agree not to use photos that you take of public domain paintings; it's possible that they could condition entry to the museum on your agreement that on entry you accept an entry "wrap contract" in which you agree essentially not to take photos or to use them only for personal use but not for other purposes that they can specify.

Starr: But many museums allow patrons to take photos of artworks. I've asked museum guards if I can take non-flash photos and they have said yes. If someone takes photos of public domain works, and there is no wrap agreement, can they use them in an article or a book in discussing or citing those paintings?

Sprigman: In that case you would own the photo and then you're fine.

Starr: I raise this question because I've noticed that photographers are selling licenses for photographs they've taken of public domain artworks - and sometimes even for works that are still in copyright.

Sprigman: Some of these photographers might claim that their photos of public domain paintings go beyond slavish reproductions but that could be difficult to sustain. Or these photographers may not know the law. Others may just be plain brash. In my discussions with photographers I have found that they don't know about Bridgeman vs. Corel and they believe, " Well, I have taken a photograph and I'm going to claim copyright of it and demand that people license it." They just don't know

Starr: Since the Bridgeman decision the art industry has apparently avoided mounting lawsuits against those who use photos of public domain paintings without paying fees for them or obtaining a license based on someone's claim or implication of copyright ownership. Commentators have said that the Bridgeman decision was so decisive that the art industry doesn't want to risk further attention to the issue or the possibility of broader sanctions and restrictions.

Sprigman: Not surprising, since the Bridgeman decision is correct. The U.S. copyright law says that to be copyrighted a work must be original. If you just take a photo of a public domain painting that has no additional element to it, it's not original; it's just a reproduction and you don't get a copyright in a public domain work simply by reproducing it. In fact, if Congress tried to grant copyright to a flat "slavish" reproduction it would be a violation of the Constitution. The Constitution says that copyright can only be given to authors not to people who merely make a reproduction.