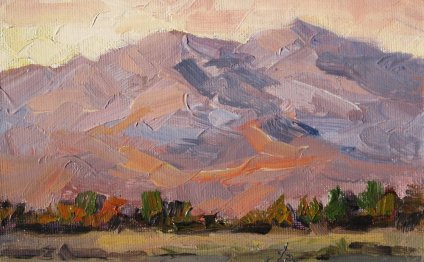 We live in a world that’s highly technical and specialized. When a man goes to college these days, he spends his time learning the skills that will allow him to seek gainful employment. Little time is spent studying art or literature. These subjects are often seen as “pointless” because they don’t have any practical application when it comes to paying the bills. On top of that, many men see art appreciation as wussy and effeminate and thus steer clear of it.

But it’s a shame that many men feel this way about art because they’re missing out on poignant insights about what it means to be human and what it means to be a man. Art can capture the emotions of the human experience when words fail us, give us insight into positive madness, expand our minds, and help us learn more about the world and ourselves.

If you feel like you missed out on a basic art education or if you learned plenty about art history, but you need a refresher, this series we’re starting today is just for you. Over the next few months, we’ll be covering some of the simple basics of the important periods of Western art. Next time you’re on a date at a museum, you’ll have a few things to add to the conversation. But more importantly, you’ll be able to get more out of the art yourself and hopefully be inspired to delve deeper into the fruits of man’s infinite creativity.

As you take time to ponder and mediate on some of history’s greatest works of art, you’ll gain a deeper appreciation for art’s manly heritage, experience uplift and edification, and find yourself closer to becoming a true Renaissance Man.

Speaking of the Renaissance, let’s get started talking about that period’s art.

An Introduction to the Basics of Renaissance Art

Background: The 14th century was a time of great crisis; the plague, the Hundred Years war, and the turmoil in the Catholic Church all shook people’s faith in government, religion, and their fellow man. In this dark period Europeans sought a new start, a cultural rebirth, a renaissance.

The Renaissance began in Italy where the culture was surrounded by the remnants of a once glorious empire. Italians rediscovered the writings, philosophy, art, and architecture of the ancient Greeks and Romans and began to see antiquity as a golden age which held the answers to reinvigorating their society. Humanistic education, based on rhetoric, ethics and the liberal arts, was pushed as a way to create well-rounded citizens who could actively participate in the political process. Humanists celebrated the mind, beauty, power, and enormous potential of human beings.

They believed that people were able to experience God directly and should have a personal, emotional relationship to their faith. God had made the world but humans were able to share in his glory by becoming creators themselves.

These new cultural movements gave inspiration to artists, while Italy’s trade with Europe and Asia produced wealth that created a large market for art. Prior to the Renaissance Period, art was largely commissioned by the Catholic Church, which gave artists strict guidelines about what the finished product was to look like. Medieval art was decorative, stylized, flat, and two-dimensional and did not depict the world or human beings very realistically. But a thriving commercial economy distributed wealth not just to the nobility but to merchants and bankers who were eager to show their status by purchasing works of art (the Church remained a large patron of the arts as well).

Artists were allowed greater flexibility in what they were to produce, and they took advantage of it by exploring new themes and techniques.

Things to Look for in Renaissance Art:

Raphael (GM of the Italian Renaissance) Part 2 of 3