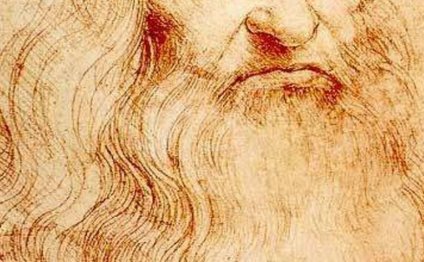 Botticelli
Text and images highlight the
work of Sandro Botticelli.

The Cathedral
Read about and see images
of the Florence cathedral
and the dome created
by Filippo Brunelleschi.

Michelangelo
From the WebMuseum, text
and images highlight the life
and works of Michelangelo.

Florence, like many cities of the Renaissance, had been built over many years and so was home to numerous churches, public buildings, and houses constructed with Romanesque or Gothic architecture. Therefore, when a revival of classical styles became popular, new edifices in the classical style were built alongside or added to buildings of older styles.

The concept of the dome first emerged during the Renaissance in the form of an architectural marvel that tops the Santa Maria del Fiore, the cathedral of Florence. The construction of the dome marks the beginning of Renaissance architecture; the cathedral and its dome together represent early Renaissance style-one that blends old and new designs. Arnolfo di Cambio began the building in a Gothic style in 1294. In 1418, architect Filippo Brunelleschi received a commission to build the dome. He traveled to Rome with the sculptor Donatello to study architecture; there, the two artists investigated various Roman ruins to learn about the design and proportion of buildings, as well as the construction of arches and columns. Although Brunelleschi never duplicated classical features, he borrowed ideas from the ancient ruins and incorporated them into the design of his dome.

Art Outside and Inside

Many Florentine structures that outwardly exemplify architecture from earlier times also house interiors, paintings, and sculptures typical of the Renaissance. An example is the church of Santa Croce. On the outside, Santa Croce is an example of Gothic architecture, but the chapel inside is Renaissance in design, due to Brunelleschi's careful use of proportions.

The interior of the church of Santa Croce houses important works of Renaissance art. These include the tomb of Florentine chancellor and humanist Leonardo Bruni, created by Bernardo Rossellino, and two works by Donatello: The Annunciation and his wooden Crucifix. The Bardi Chapel, named for a family of wealthy Florentine bankers, is decorated with frescoes by Giotto that tell stories of Saint Francis. Giotto's works are an important bridge from the late Middle Ages to the Renaissance, particularly because his characters express emotion.

At the cathedral of San Marco, the upper floor contains monks' cells decorated with Fra Angelico frescoes. Angelico's representation of the Annunciation-perhaps his best known work-is located at the top of the staircase. In it, the Virgin Mary and the angel are in an arcade, a popular Renaissance architectural structure that features a series of arches supported by columns. The tops-or capitals-that crown the columns of the arcade are classical in design. Angelico used linear perspective and a vanishing point to achieve the realistic appearance of the space.

Several of the greatest artists of the age studied or worked in Florence, including Michelangelo and Botticelli. Michelangelo began to study painting in Florence with Ghirlandaio and later learned sculpture under the patronage of Lorenzo the Magnificent. It was for the Florence cathedral that Michelangelo created his famous sculpture of David. The Renaissance aesthetic is apparent in the careful and accurate depiction of the human body and its representation as a nude.

The painter Botticelli was a friend of both Michelangelo and Leonardo da Vinci, and the principal painter of the Medici family. His works represent Renaissance style in his use of classical subject matter and in the effect of motion that he achieves. It was for the home of a Medici that he created his two most famous works: Primavera and The Birth of Venus. In both works Botticelli uses figures from antiquity, such as the goddess Venus and the three Graces. He balances his figures in nearly symmetrical groupings, yet never loses a feeling of motion and lightness.

Renaissance style in art, exemplified in works from Florentine artists, flourished largely because of the patronage, or financial support, of wealthy citizens and the church. By purchasing numerous works of art, Renaissance men and women provided a livelihood for many painters, sculptors, and architects. It was also the Renaissance humanist desire to imitate and revive the beauty of ancient Greece, and to have that beauty surround them in their daily lives, that produced the wealth of superb art that is one of the hallmarks of Renaissance culture.

The World of the Florentine Renaissance Artist: Projects ...