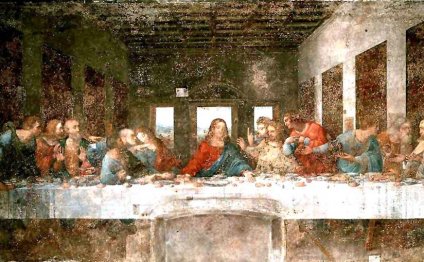 In keeping with the spirit of humanism, artists of the early Renaissance strove to portray lifelike human forms with correct proportions and realistic clothing and expressions. Artists developed new techniques to give paintings a more three-dimensional, life-like quality, and commonly studied human and animal anatomy in efforts to better understand their subjects.

The first important painter of the Renaissance was Giotto di Bondone. Giotto painted during the turn of the fourteenth century, breaking away from the Gothic and Byzantine artistic traditions. He deeply studied nature in an effort to infuse his paintings with reality, an effort most notable in his especially realistic facial expressions. In 1334, Giotto was appointed chief architect in Florence, where he remained until his death in 1337. Giotto's innovations made in the portrayal of perspective were improved upon by a later painter, Tommaso Guidi, known as Masaccio (Messy Tom) because of his disheveled appearance. Masaccio is credited with mastering perspective, and was the first Renaissance artist to paint models in the nude, often using light and shadow to define the shape of his models rather than clear lines. Masaccio's best known work is a scene from the Bible called The Tribute Money. Furthering the accomplishments of his predecessors, Sandro Botticelli emerges as a dominant artist during the early Renaissance. One of a circle of artists and scholars sponsored by the Medici in Florence, Botticelli's most famous work, The Birth of Venus, shows the goddess rising from the sea on a conch shell. During the late fifteenth century Botticelli became a follower of the Girolamo Savonarola, and burned many of his paintings with pagan themes.

The Merchants and city officials whose patronage supported the Renaissance artists were frequently more interested in architecture than they were in painting. Therefore, as the city-states of Italy began to develop great wealth during the early fifteenth century, architects and sculptors rose to fame and power. In 1401, Florence held a competition to choose the artist to design and sculpt a pair of bronze doors for the Baptistry, a church honoring St. Paul the Baptist. The winner of the contest, Lorenzo Ghiberti, spent 28 years completing the doors, which, decorated with scenes from the Bible, remain one of the greatest treasures of the Renaissance. Ghiberti developed the techniques of three-dimensional sculpture, and greatly influenced all Italian sculpture of the Renaissance.

The loser of the contest, Filippo Brunelleschi, traveled to Rome, where he studied Roman ruins and developed mathematical formulas to be used in architecture. In 1417 he again competed against Ghiberti for the right to design the dome of the cathedral of Florence. He won the competition. The dome he designed, combining the modern trends in architecture and the style of ancient Rome, still dominates the Florentine skyline, and is considered one of the great architectural masterpieces of all time. In terms of sculpture, the acknowledged master of the early Renaissance was Donato di Niccolo di Betto Bardi, better known as Donatello. Donatello studied under both Ghiberti and Brunelleschi, and went on to create several masterpieces for Cosimo de Medici in Florence. His most important work is the David, which depicts the Hebrew king in the classical style of a Greek god, and was the first freestanding nude figure sculpted since the Roman era. Donatello went on to create the first bronze statue of the Renaissance, showing an incredibly realistic soldier on horseback.

During the Renaissance, artists benefited from the patronage of rich merchants and rulers, and were well known during their own times, unlike the anonymous artists who had produced works in guilds during the middle ages. Great fame and influence was conferred upon the great artists of the day, and they were celebrated wherever they traveled. This fame convinced many artists that they deserved special privileges and consideration, which they were often granted.

Art and Love in Renaissance Italy - Sex in the Eternal ...

Fifteenth-century Italy was unlike any other place in Europe. It was divided into independent city-states, each with a different…