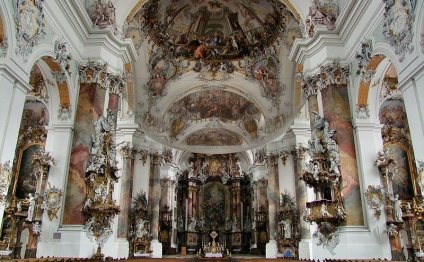 Artemisia Gentileschi (Italian pronunciation: ; July 8, 1593 – c. 1656) was an Italian Baroque painter, today considered one of the most accomplished painters in the generation following that of Caravaggio. In an era when women painters were not easily accepted by the artistic community or patrons, she was the first woman to become a member of the Accademia di Arte del Disegno in Florence.

She painted many pictures of strong and suffering women from myth and the Bible – victims, suicides, warriors.

Her best-known work is (a well-known medieval and baroque subject in art), which "shows the decapitation of Holofernes, a scene of horrific struggle and blood-letting". That she was a woman painting in the seventeenth century and that she was raped and participated in prosecuting the rapist, long overshadowed her achievements as an artist. For many years she was regarded as a curiosity. Today she is regarded as one of the most progressive and expressionist painters of her generation.

Susanna and the Elders, her first work 1610 – Schönborn Collection, Pommersfelden

Artemisia Gentileschi was born in Rome on 8 July 1593, although her birth certificate from the Archivio di Stato indicated she was born in 1590, the eldest child of the Tuscan painter Orazio Gentileschi and Prudentia Montone. Artemisia was introduced to painting in her father's workshop, showing much more talent than her brothers, who worked alongside her. She learned drawing, how to mix color, and how to paint. Since her father's style took inspiration from Caravaggio during that period, her style was just as heavily influenced in turn. Her approach to subject matter was different from her father's, however, as her paintings are highly naturalistic, where Orazio's are idealized. At the same time, Artemisia had to resist the "traditional attitude and psychological submission to this brainwashing and jealousy of her obvious talent" (Bissell, 113). By doing so, she gained great respect and recognition for her work.

The first work of the young seventeen-year-old Artemisia was the Susanna e i Vecchioni (1610, Schönborn collection in Pommersfelden). At the time some, influenced by the prevailing misconceptions, suspected that she was helped by her father. The painting shows how Artemisia assimilated the realism of Caravaggio without being indifferent to the language of the Bologna school, which had Annibale Carracci among its major artists. It is one of the few paintings on the theme of Susanna showing the sexual accosting by the two Elders as a traumatic event.

In 1611, her father was working with Agostino Tassi to decorate the vaults of Casino della Rose inside the Pallavicini Rospigliosi Palace in Rome, so Orazio hired the painter to tutor his daughter privately. During this tutelage, Tassi raped Artemisia. Another man, Cosimo Quorlis, was also involved. After the initial rape, Artemisia continued to have sexual relations with Tassi, with the expectation that they were going to be married and with the hope to restore her dignity and her future. Tassi reneged on his promise to marry Artemisia. Nine months after the rape, when he learnt that Artemisia and Tassi were not going to be married, Orazio pressed charges against Tassi. Orazio also claimed that Tassi stole a painting of Judith from the Gentileschi household. The major issue of this trial was the fact that Tassi had taken Artemisia's virginity. If Artemisia had not been a virgin before Tassi raped her, the Gentileschis would not have been able to press charges. During the ensuing seven-month trial, it was discovered that Tassi had planned to murder his wife, had engaged in adultery with his sister-in-law, and planned to steal some of Orazio’s paintings. During the trial, Artemisia was subjected to a gynecological examination and torture using thumbscrews to verify her testimony. At the end of the trial Tassi was sentenced to imprisonment for one year, although he never served the time. The trial influenced the feminist view of Artemisia Gentileschi during the late twentieth century.

Artemisia was surrounded mainly by the presence of males since the loss of her mother at age 12. When Artemisia was 17, Orazio rented the upstairs apartment of their home to a female tenant, Tuzia. Artemisia befriended Tuzia; however, Tuzia allowed Agostino Tassi and Cosimo Quorlis to accompany Artemisia in Artemisia's home on multiple occasions. The day the rape occurred, Artemisia cried for the help of Tuzia, but Tuzia simply ignored Artemisia and pretended she knew nothing of what happened. Artemisia felt betrayed by Tuzia, and because Tuzia was the only female figure in her life, Artemisia's works contained a strong sense of the importance of solidarity and unity between women.

The painting, Giuditta che decapita Oloferne (1612–1613), displayed in the Capodimonte Museum of Naples, is striking for the violence portrayed. A month later, Orazio arranged for his daughter to marry Pierantonio Stiattesi, a modest artist from Florence. Shortly afterward the couple moved to Florence, where Artemisia received a commission for a painting at Casa Buonarroti. She became a successful court painter, enjoying the patronage of the Medici family and Charles I. It has been proposed that during this period Artemisia also painted the Madonna col Bambino (The Virgin and Child), currently in the Spada Gallery, Rome.

While in Florence, Artemisia and Pierantonio had a daughter around 1618, Prudentia, but who was also known as Palmira, which has led some scholars to conclude erroneously that Artemisia had two children, not one. Prudentia was named after Artemisia's mother who died when Artemisia was 12. It is noteworthy that her daughter was a painter, trained by her mother, although nothing is known of her work.

In Florence, Artemisia enjoyed huge success. She was the first woman accepted into the Accademia delle Arti del Disegno (Academy of the Arts of Drawing). She maintained good relations with the most respected artists of her time, such as Cristofano Allori, and was able to garner the favours and the protection of influential people, starting with Granduke Cosimo II de' Medici and especially, of the Granduchess Cristina. She had a good relationship with Galileo Galilei, with whom she corresponded by letter for a long time.

Antonio Allegri da Correggio An Italian Painter of the ...

Merry Christmas from The Renaissance

Famous paintings from the Renaissance

Painting in Renaissance art continued to progress in art history from the Gothic period, toward more realism and three dimensions…