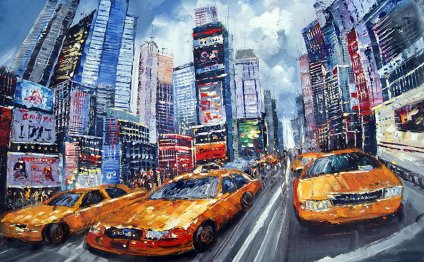 MORE: Lewis was the first African-American artist to receive the Carnegie International Award for his celebrated painting, “Migrating Birds” (1953).

SMART COLLECTORS KNOW: Works by African-American artists have enjoyed a steady climb during the past decade.

HOT TIP: Galleries and auction houses are divided on if black artists should be categorized by color. One thought is that they are American artists, period. Others maintain that collectors of the genre (and there are many) seek them out by race.

BOTTOM LINE: Adding to appeal (and probably the price), this is a previously unknown work by Lewis. Originally given as a gift by the artist, it has remained in one family since. New to the market is catnip for collectors.

MORE: Auctions are a big business. Heritage Auctions in Dallas announced that 2015 was their second best year ever, with $860 million in total prices. Coins and currency remain the base strength, but the fastest growth was in sports collectibles. The category grew by 41 percent to more than $42 million.

“Happy to report that I am working hard and productively, and I do credit The Creativity Workshop with helping me turn a…

Use the figure in its surrounding environment to investigate the potentials and challenges of light and shade, color theory…