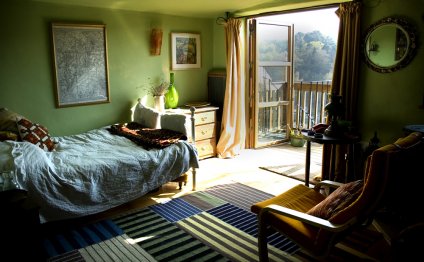 I’ve always been suspicious of writers’ retreats and my gut instincts tell me that they are a waste of time and money. This isn’t a popular view – after all, who could object to the idea of writers from all over the country getting together to work in a tranquil environment?

These writing adventure holidays are a new thing. But as I’m discussing writing retreats in general, let’s take a look at the company that provides what is regarded as the writing holiday in this country – the Arvon Foundation.

Its courses offer four and a half days at a range of picturesque locations where you’ll be tutored by a range of published authors including A L Kennedy, Toby Litt and Kate Long – and I even see our past Succour contributor Matt Thorne on there. The price includes accommodation and food, and this year there is even the possibility of having your work read by a top literary agent and literary publisher.

Our residential writing courses pluck you from your everyday life and place you gently in one of our four writers’ houses, insulated from the busy outside world of email, internet and mobile phones. Whichever house you choose – in Devon, Inverness-shire, Shropshire or West Yorkshire – we will give you the freedom of time and space to write, supported by expert practical tuition and the encouragement of a community of writers.

It all sounds great, but before you reach for the plastic and click my link you should consider a few things.

Arvon centres can’t guarantee a single room or IT facilities. Now, the two essential conditions for writing are: a) a room that you can close the door on and b) something to write with. This means that Arvon are charging people to work in an environment that is not conductive to writing. (And those charges are high – the standard course fee is a cool £550, although in its defence Arvon does have a grant system for people on a low income).

And think about that phrase: ‘a community of writers’. Writers, as Terry Pratchett said, are as antisocial as cats: to talk of a community of writers is like talking of a individual bee or a renegade sheep. Yet the Arvon ethos seems to be that writing is a committee-based rather than an individual act. This attitude isn’t exclusive to the arts: business disciplines also stress the importance of teamwork and the superiority of the group to the individual. (Anyone who’s been on any kind of management training course will already have some idea of what a week devoted to this philosophy would be like.) A love of solitude and a desire for personal space, major traits in the creative personality, appear to be viewed with suspicion.

The workshop is another concept that straddles the corporate world and the arts. The prevailing wisdom is that all problems can be solved by sitting in a circle of plastic chairs (many aspiring writers confuse the literary seminar with group therapy) and the writers’ workshop is treated as a nurturing environment where talent can flourish and grow. In reality, human nature sees to it that any such group is quickly dominated by one or two chronic attention-seekers, and then descends into factionalism and schaedenfreude. (A friend of mine who teaches creative writing once told me he’s horrified at the unashamed hatred that develops every time a workshop participant gets a book deal.)

Stephen King’s On Writing contains a nice chapter on writers’ retreats. He warns against the fallacy of the magic feather – believing that one can write brilliantly if an exact set of conditions obtain. These conditions – a Yorkshire retreat, an oak-panelled desk, the right kind of swivel chair – may help you gain the confidence to write, but these conditions will not always be there. It’s always good to get away from ‘the busy world of email, internet and mobile phones’ but in life, you will not always be able to escape the sinful clutter of modern civilisation. What I object to is a dependence on the abstract external; the idea that you need silence and space so that God, Pan or the Buddha can tell you what to write. It reduces the role of the artist to, in King’s words: ‘stenographers taking divine dictation.’

Arvon’s website lists successful writers who have been on the courses but it’s reasonable to assume that these people made it because they are good at writing, not because of Arvon. To paraphrase King: you don’t need the magic feather to fly, the power was inside you all along.

So is there a point to Arvon other than giving a secondary income to established writers? Without having been on one, I’m going to say that there isn’t. The Tuscany retreats may be different – the weather would be better, anyway. And having your work read by Capel and Land is a good prospect – but should you really have to endure an Arvon course to obtain it?

Of course, one obvious benefit is social – creative writing workshops and courses allow shy and sensitive people to get laid. Even if it does nothing for your writing skills, isn’t Arvon worth the money just to have a good time with like-minded men and women? But there’s a culture of purism that is growing in society, and especially in the literary world. You can all but guarantee that the Arvon studios are entirely non-smoking accommodation and approximately several light years from the nearest pub.

The natural world is beautiful, but cities are beautiful too. The city has certainly given me more ideas for storytelling. By not going to Lumb Bank or Totleigh Barton, I can sit in my room, write all day and then go out to the pub – and still have £550. (I’d probably spend it all that same night, but what the hell).

I’ve always been suspicious of writers’ retreats and my gut instincts tell me that they are a waste of time and money. This…